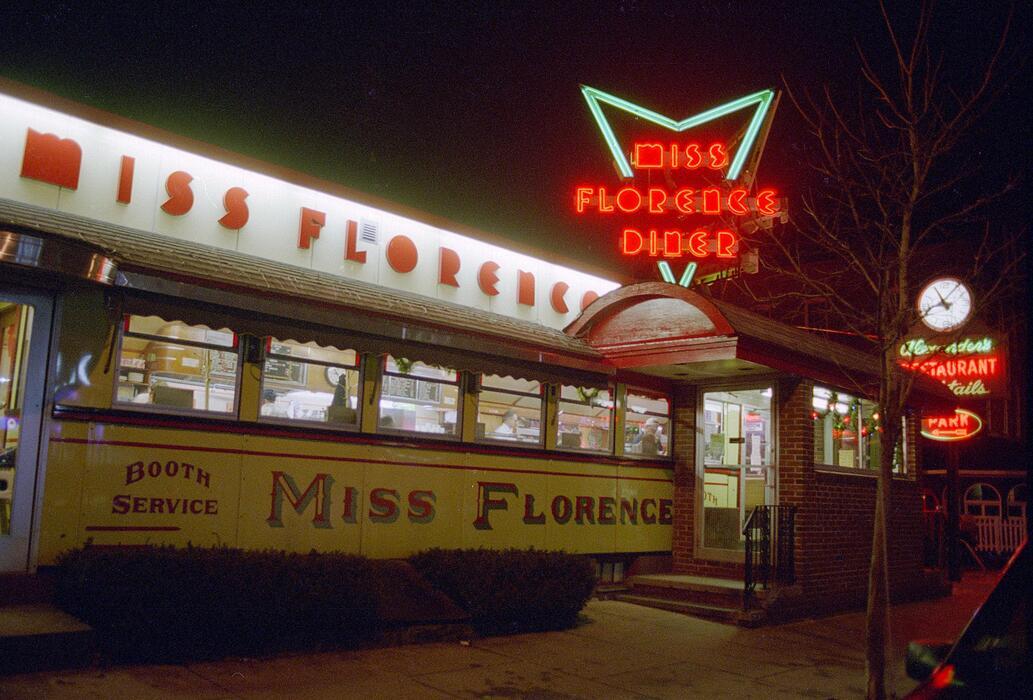 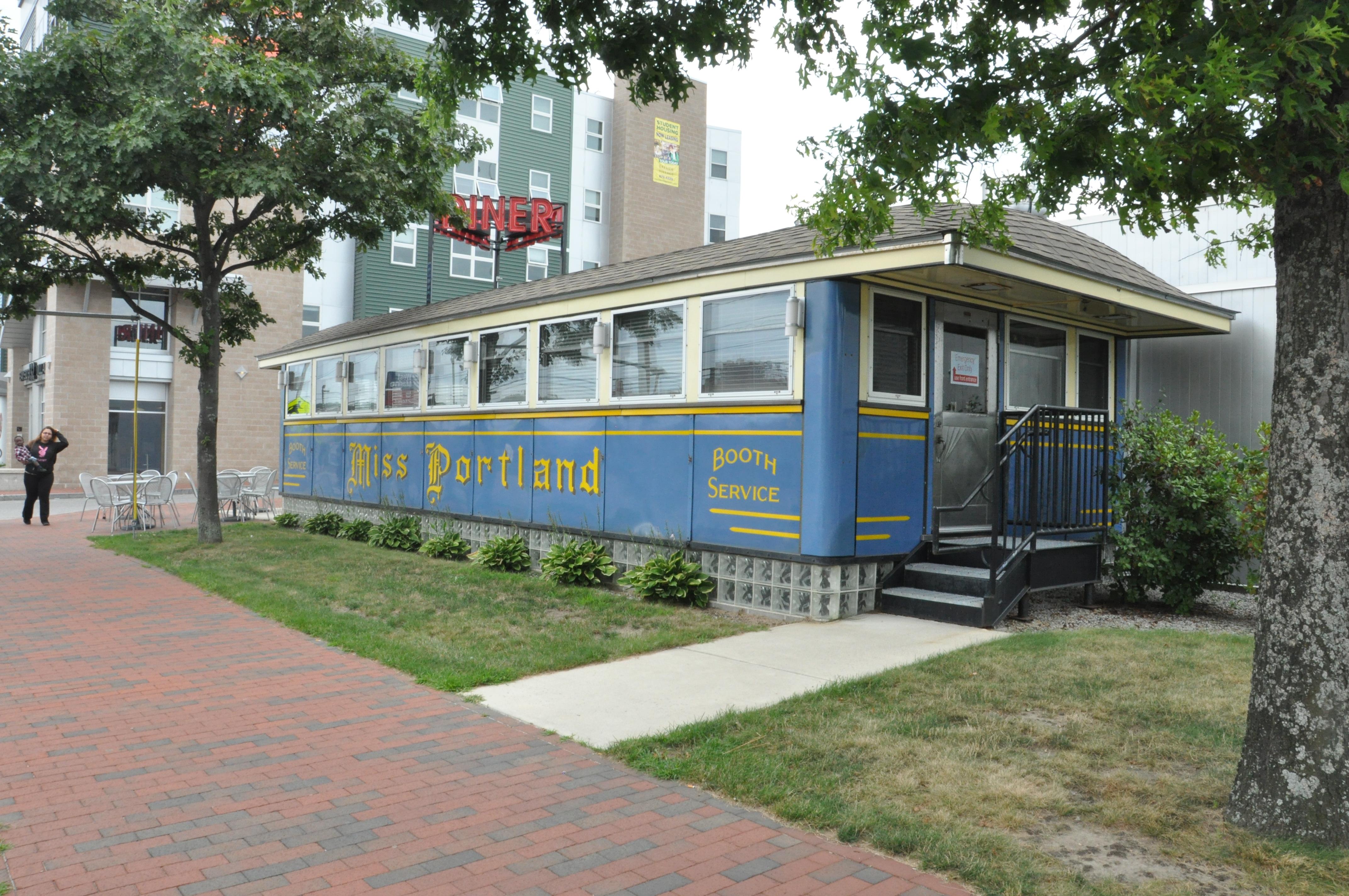 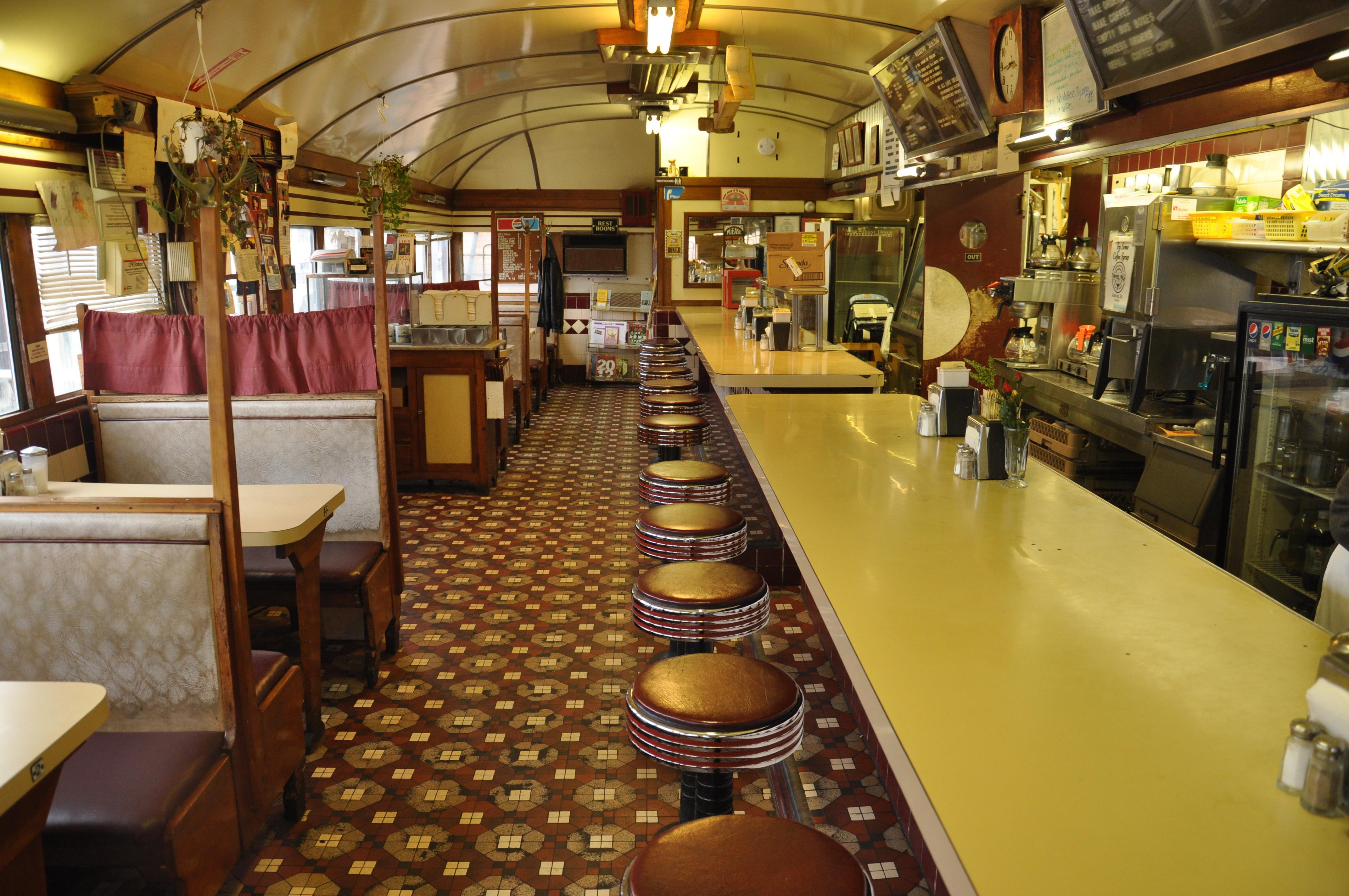 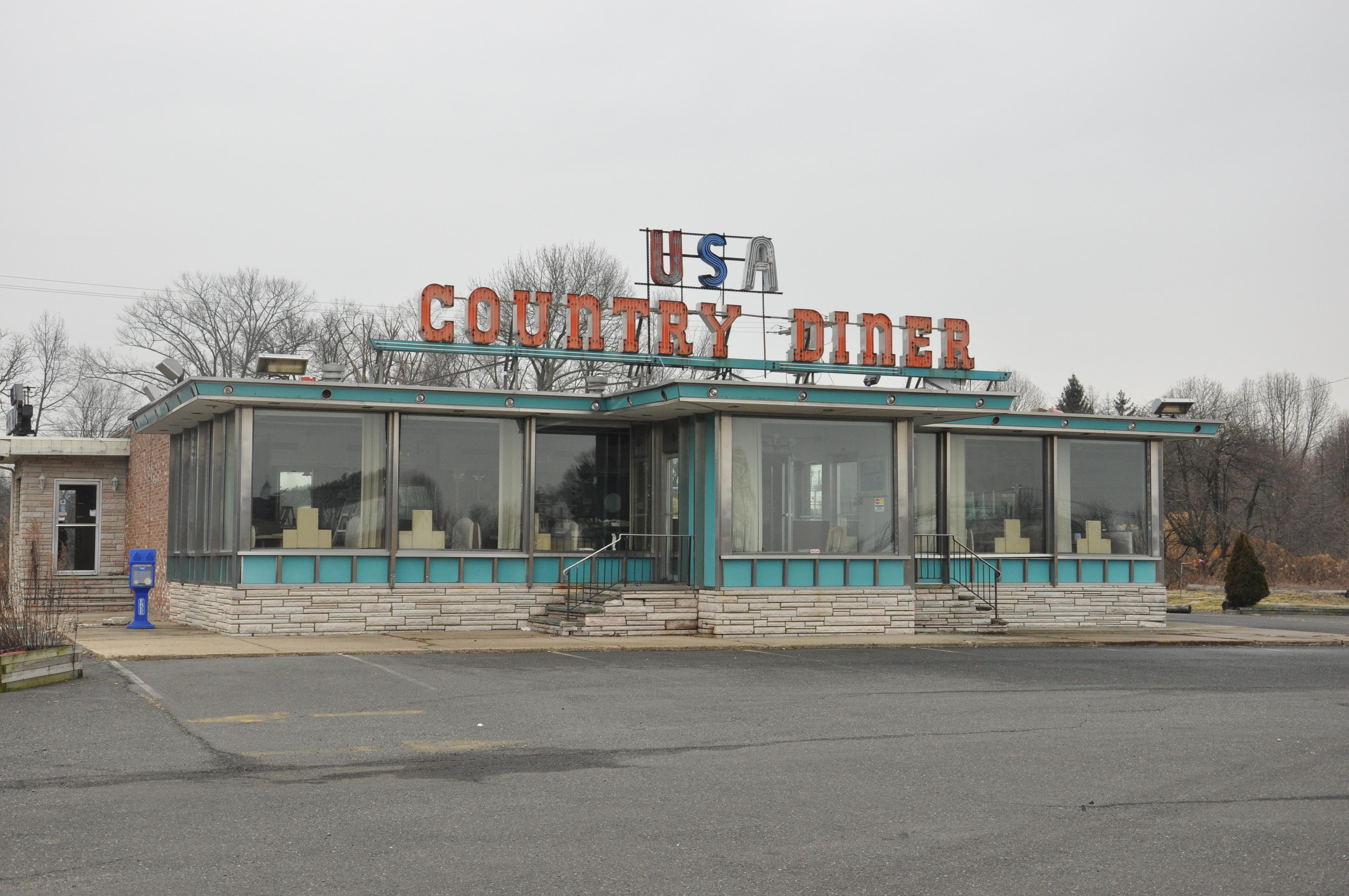 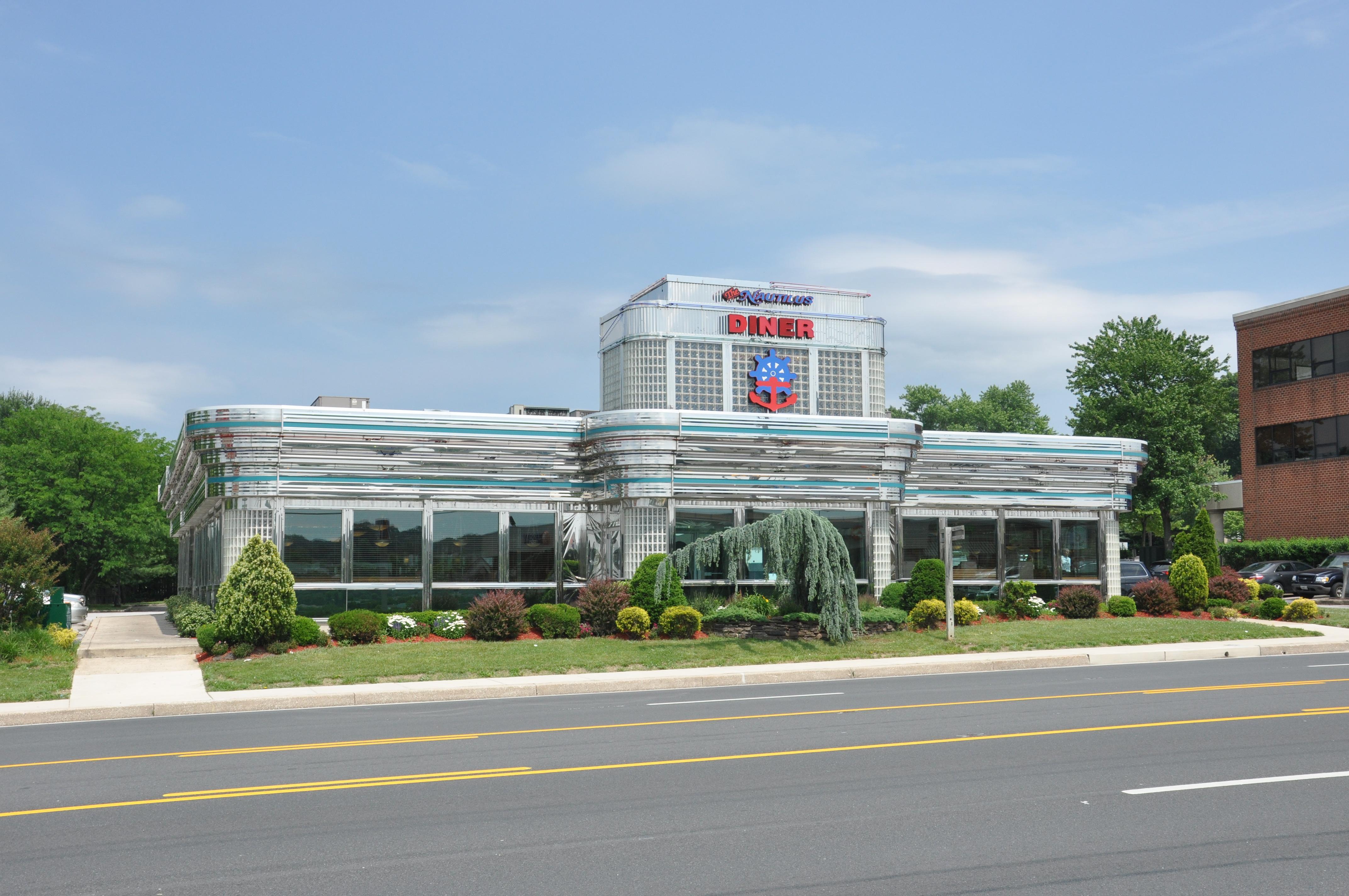 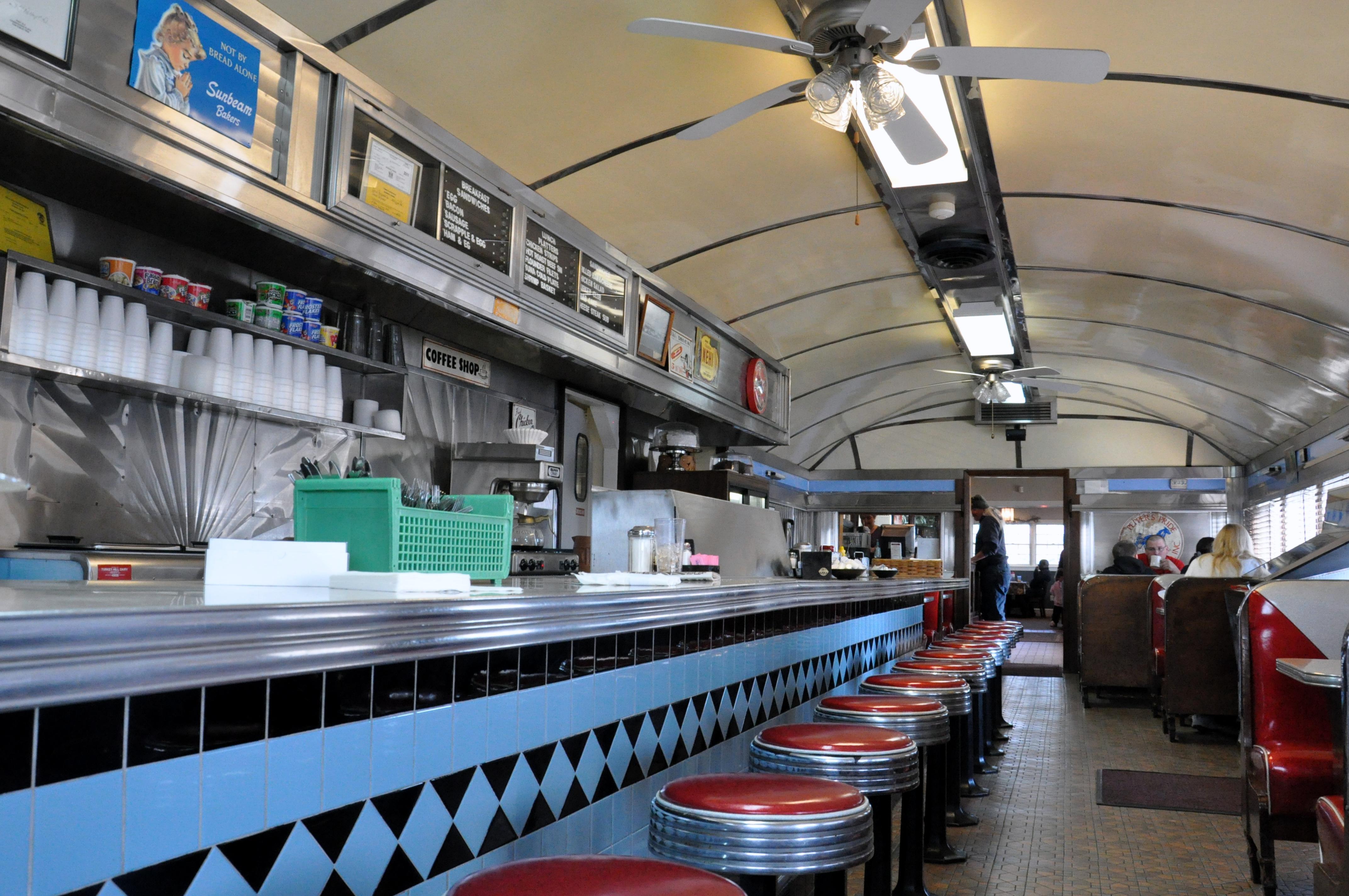 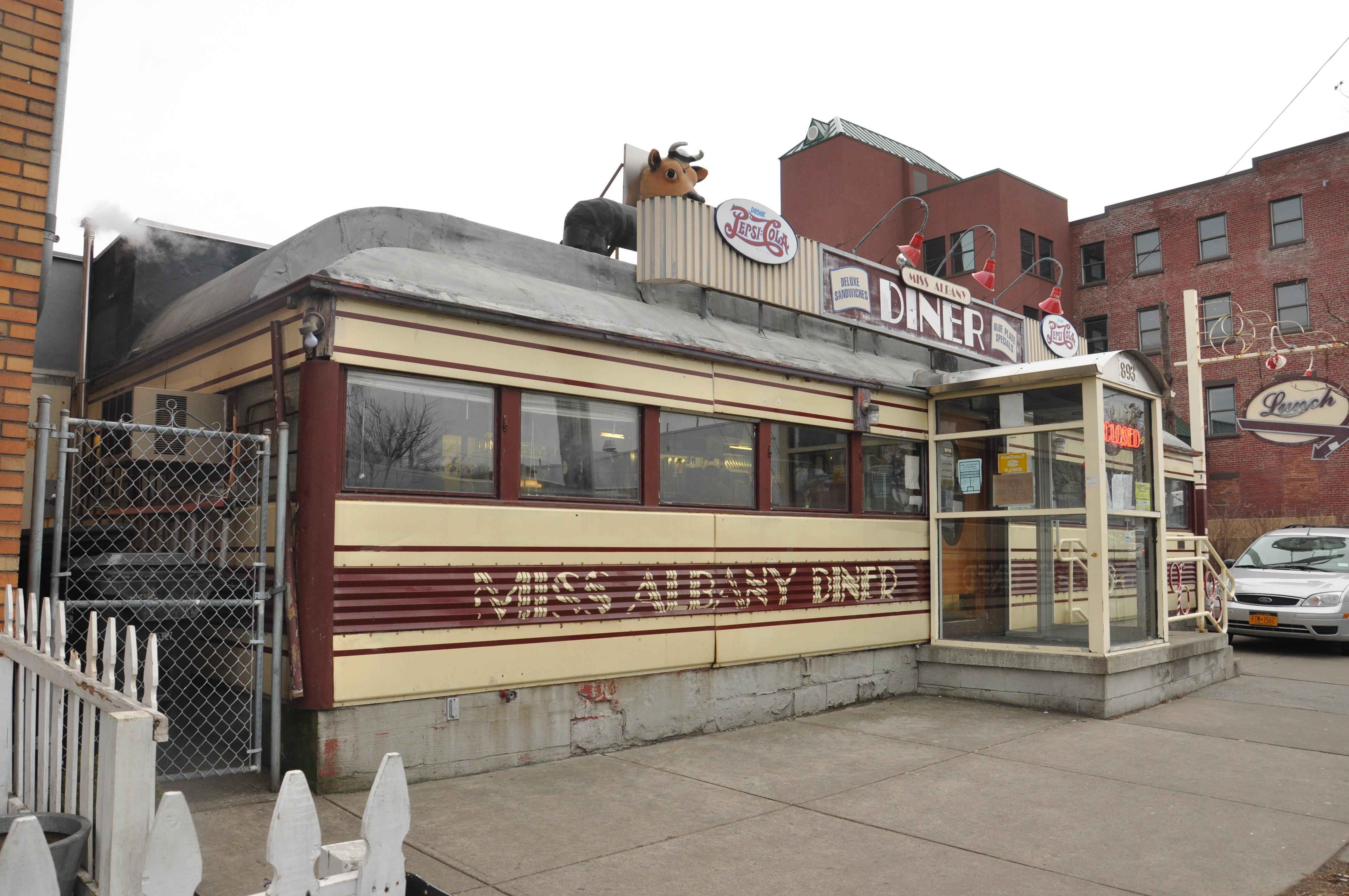 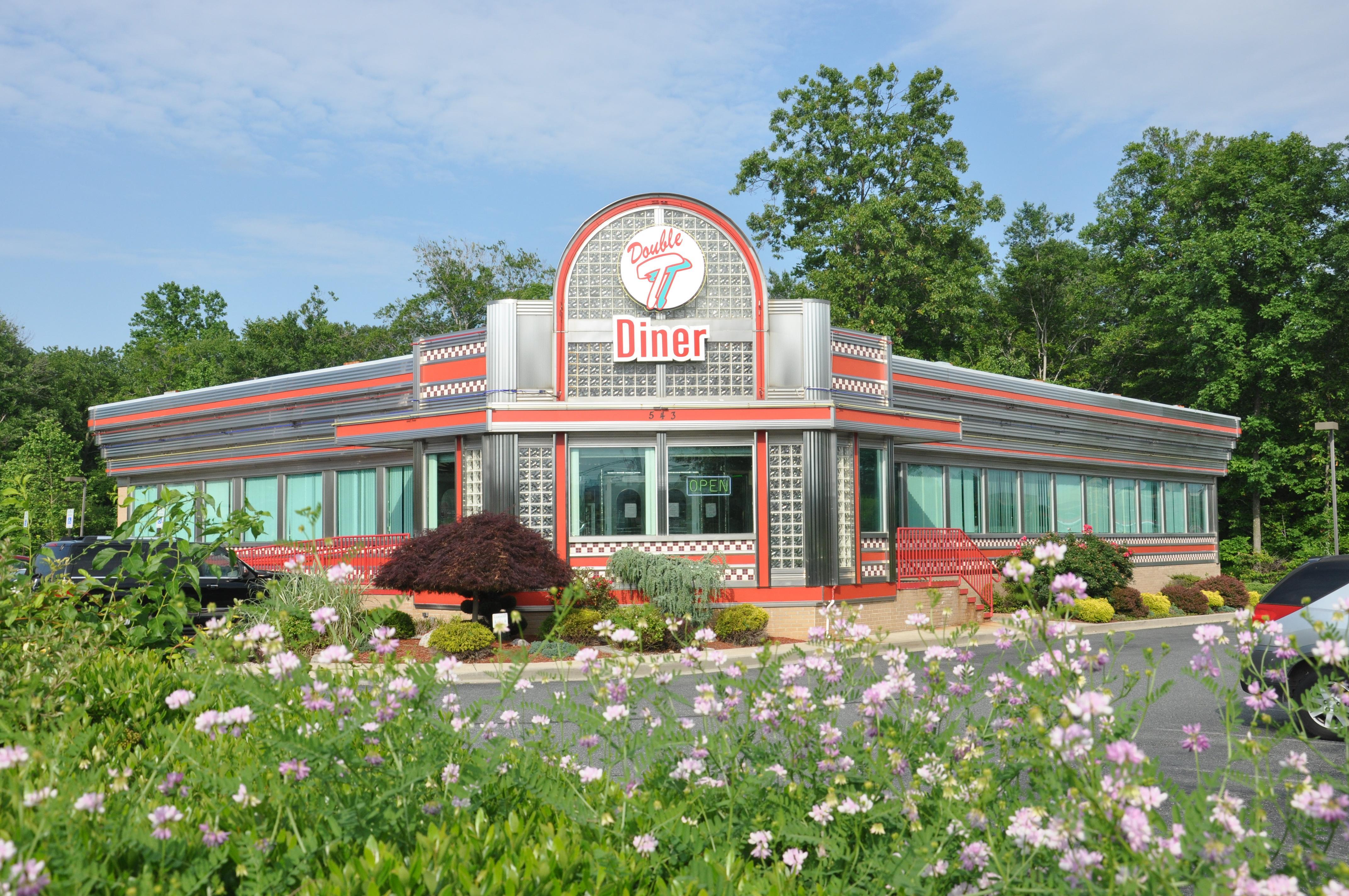 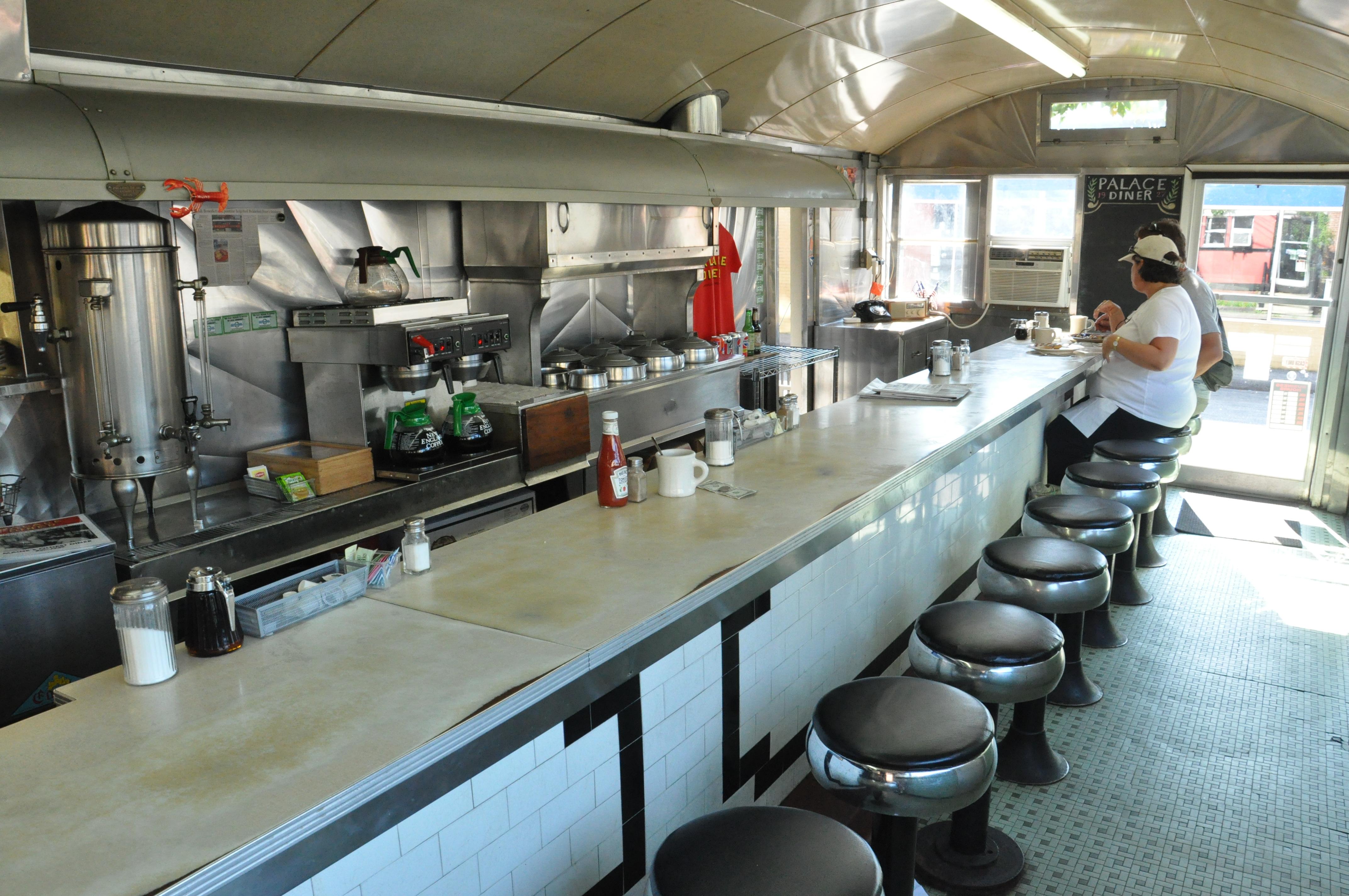 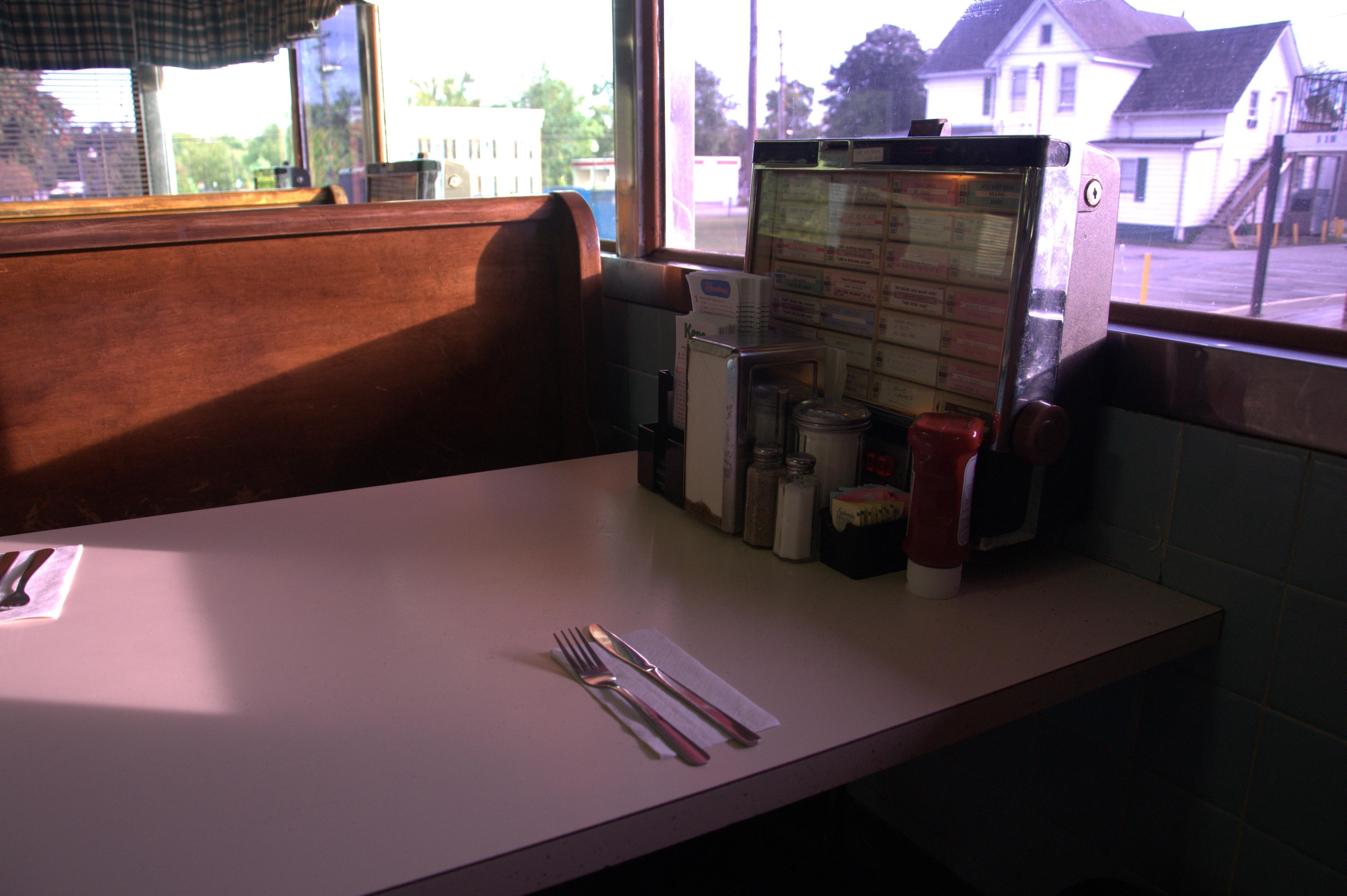 Did you ever wonder about the "Names" of the omelets here at The Dream Diner? The founder of the Dream Diner, Marybeth Shanahan, thought customers would enjoy reading and knowing about the nostalgia and history of the original diner companies. She wanted to share the Diner History with you as well as the Diner Experience - Great Food, Great Service and Friendly atmosphere – where everyone knows your name. This is what she felt made Diners an icon in American History and why she chose the slogan "Dream Back in Time". Naming the omelets after the Diner Manufacturers is a tribute to a great American success story not only in the basic formulas of hard work and long hours but the appreciation of customer no matter who they are or where they are from. The Diners are and always will be a melting pot of good food and good people. The information that follows was mostly excerpted from Richard Gutman's American Diner Then & Now published by Johns Hopkins University Press (with permission), and my own personal research. Special thanks to Mike Engle for Galion info. — Larry Cultrera

J.G. Brill Company, Dining Car Division, Philadelphia, PA, 1927 - 1932 Brill was a noted manufacturer of street railway vehicles when in 1927, they introduced a line of all-steel diners. The Capitol Diner of Lynn, Mass. is a surviving example from this company.

Campora Dining Car Company, Kearny, NJ, 1957 This short-lived company was started by Jerry Campora, a former shop supervisor at Kullman DIners. The company may have only built one diner.

DeRaffele Manufacturing Company, Inc., New Rochelle, NY, 1933 - present Angelo DeRaffele in 1921 started out as a carpenter, advancing in 1927 to the position of a foreman at P.J. Tierney Sons. In 1933 DeRaffele began to manufacture diners at the old Tierney plant. In 1947 DeRaffele was joined by his son Philip after World War II. DeRaffele is currently the largest manufacturer of diners.

Diner-Mite Diners, Atlanta, GA, 1959 - Present This company has been building modular food-service units of varying shapes and sizes under names such as Module Mobile, Inc. and Diner Group Limited.

Erfed Corporation, Rutherford, NJ, 1956 - mid-1970’s Started by Erwin Fedkenheuer, Sr., the former lead sheet-metal man with Paramount Diners for nearly 20 years prior. Along with his son Erwin Junior, and several other sheet-metal workers from Paramount, the company specialized in the repair, modernization and renovation of existing diners on location.

Fodero Dining Car Company, Bloomfield, NJ, 1933 - 1981 Joseph Fodero started out at P.J. Tierney Sons in 1922.and later for Kullman before starting his own company in 1933. Fodero built some of the more stylish designs in the industry and is noted for its famous winged clock. The Agawam Diner in Rowley, MA is an excellent example.

Kullman Dining Car Company, Lebanon, NJ, 1927 - Present Founded in 1927 by Samuel Kullman, the former accountant for P.J. Tierney Sons. Starting out in Newark, the firm subsequently relocated to Harrison, NJ and then on to Avenel, NJ prior to moving recently to their current state-of-the-art facility in Lebanon. Sam’s grandson Robert is now the President of the company which has always built a high-quality diner. The company (now known as Kullman Industries) also builds modular buildings for uses such as U.S. embassies, prison facilities, schools, and bank buildings.

Manno Dining Car Company, Fairfield, NJ, 1949 - 1978 Founded in 1949 by Ralph Manno, and Vincent Giannotti both formerly with Kullman Diners. Starting out as a diner renovating company, they went on to build various styles of diners including all brick exterior “colonial” diners and some unusual examples with nearly all-glass facades and interesting stainless steel work.

Master Diners, Pequannock, NJ, 1947 - mid-1950’s Master was a small company that built stainless steel diners in 2 or 3 styles and various sizes. The Sunny Day Diner of Lincoln, NH is a small Master diner.

Mountain View Diners, Singac, NJ, 1939 - 1957 This company outsold most all of the other manufacturers in the 1950’s with an aggressive marketing campaign, sending their units all over the country. While attempting to go public in June, 1956 the company foundered and went out of business shortly thereafter.

Mulholland Company, Dunkirk, NY, 1920 - 1930? Founded as the Mulholland Spring Company in 1881, this company evolved over the years building a full line of buggies, carriages, & road wagons advancing to automobile, truck & ambulance bodies. Around 1920 they branched out into diner manufacturing.

Jerry O’Mahony, Elizabeth, NJ, 1913 - 1956 Starting in 1913, in Bayonne, NJ, he was the leading manufacturer for decades. O’Mahony (like the Tierney outfit) gave many diner builders their start in the industry. Many classic diners from the 40’s and 50’s that survive to this day were built by O’Mahony.

Charles H. Palmer, Worcester, MA, 1889 - 1901 The first to receive a patent for his design for a night lunch wagon. Becoming one of the first early successful wagon builders, his enterprise was ended in 1901 when fire struck his factory in Sterling Junction, Massachusetts.

Paramount Diners, Oakland, NJ, 1932 - Present. Known for their stainless steel work on the interior, Paramount offered the all-stainless-steel exterior before anyone else, developed and patented the split-construction method now widely used in the modular building industry.

The Pollard Company, Lowell, MA, 1926 - 1927 Pollard built a handful of barrel-roofed diners. The Palace Diner of Biddeford, Maine and the Riverside Diner of Bristol, NH are the only two survivors from this manufacturer.

Rochester Grills, Rochester, NY, 1940 - ? There is scant information on this manufacturer which built diners in the same style as Bixler. At least one has survived, the Congress Street Diner of Bradford, Pennsylvania.

Silk City Diners, (Paterson Vehicle Company), Paterson, NJ, 1927 - 1964 The Paterson Vehicle Company was run by the Cooper family since 1886,began as wagon builders. They eventually made automobile, bus and truck bodies before starting to make “Silk City Diners” in 1927. Built as standard production units, six or eight at a time, in different color schemes, they were the lowest priced diner you could buy.

Sorge Diner Manufacturing Company, Silver Creek, NY, dates of operation unknown. Sorge Brothers was one of several companies that popped up in the Lake Erie region following the success of Ward & Dickinson.

Starlite Diners, Holly Hill, FL, 1992 - Present This new company offers a standard diner finished in mirror-finish stainless steel in 14 ft. by 76 ft. units that seat 52 people. They now also build custom units seating upwards of 150. Starlite has shipped diners all over the world and recently has been building Denny’s Classic Diners for the Denny’s Restaurant chain.

Sterling Diners, (J.B. Judkins Company), Merrimac, MA, 1936 - 1942 John B. Judkins Co. built carriages from 1857-1910, motorcar bodies from 1910-1936 and then entered the diner-building business. The most famous model Sterling built was the streamliner with one or both ends configured in a bullet shape.

Swingle Diners, Middlesex, NJ, 1957 - 1988 Previously in sales with Fodero and Jerry O’Mahony, Joseph Swingle began his own diner-building operation in August of 1957. In their 31 years of diner building, Swingle completed 147 units. The Victoria Diner still operating on Massachusetts Avenue in Boston’s South End is a Swingle Diner.

Valentine Manufacturing Company, Wichita, KS, 1938 - 1974 Mostly found in the mid-west and west, some units were shipped to the east coast. The most popular model was the “Little Chef”, an eight or ten-stool one-man operation, with take-out service, they were finished in porcelain enamel or painted steel and featured integral pylon signage.

Ward & Dickinson, Silver Creek, NY, 1923 - 1940 Charles Ward and Lee F. Dickinson built a distinctive diner based on the designs of railroad or trolley cars. They were certainly the most prolific of the diner builders in the Lake Erie region of New York state.